He can at least proceed with a clear conscience

(TNS) Liberal Harvard law professor emeritus Alan Dershowitz has said repeatedly that he is not a supporter of President Donald Trump and did not vote for him.

But he’s also been a voice who spoke out regularly against the deep state’s attempts — ongoing — to overturn the 2016 election results via the “Spygate” probe, as well as a strong opponent of the president’s impeachment.

In a recent interview with The Hill, Dershowitz noted that he’s not only suffered professionally since taking the president’s side in a number of current issues, he’s suffered personally as well.

“This is the worst controversy I have ever been in politically,” Dershowitz, 81, said. “I have some family members who won’t talk to me, I have some friends who have refused to have anything to do with me. But it shows me who my real friends are.”

Though Dershowitz defended other high-profile people, like OJ Simpson, Jeffrey Epstein and Harvey Weinstein, he said he had “mixed feelings” about taking part in Trump’s impeachment trial.

“In O.J., people hated what I did. With Trump, people hate who I am,” Dershowitz told The Hill. “And there’s a big difference.”

He has especially faced backlash from other lawyers and constitutional scholars for his differences of opinion in opposing the impeachment of President Bill Clinton in the late 1990s as compared with his opposition to the Trump impeachment.

Dershowitz now says that criminal-like conduct is required for an act to be impeachable, a complete shift from his Clinton-era take that Dershowitz attributes to his having refined his views after extensive study.

Trump’s inclusion of Dershowitz, who is an opinion contributor to The Hill, proved controversial from the beginning. His arguments in defense of the president earned praise from the White House and are likely to give cover to some Republicans seeking a rationale for acquitting the president while making him a pariah among Democrats and some legal analysts, underscoring the risks and rewards of making him part of the team.

Additionally, Dershowitz was attacked for arguing the president’s conduct involving Ukraine, even if he sought to help himself politically, did not rise to the level of impeachment because it wasn’t criminal, which is what the Constitution proscribes:

At the height of his argument on the Senate floor Monday evening — a finale of sorts for the day’s proceedings — Dershowitz asserted that even if Trump had withheld security assistance to Ukraine for help with political investigations, it would not constitute an impeachable offense.

Following that argument, Dershowitz said he received a phone call from Trump. “Just thanking me, and that was it,” he recalled.

Dershowitz upped the ante on Wednesday when he asserted anything a president does to win reelection is not impeachable as long as it doesn’t involve a criminal act and they believe their election is in the public interest.

That argument has dominated headlines and cemented Dershowitz’s role as a central figure in Trump’s impeachment trial given his extraordinary view of protections for the executive branch. It also stunned Democrats and threatened to leave Dershowitz further isolated in legal circles. …

Dershowitz’s Wednesday presentation was perhaps more jarring because he had delivered what Republicans, legal scholars and even some Democrats viewed as a cogent and convincing argument just two days earlier that the Constitution requires that impeachable offenses be based on “criminal-like conduct akin to treason and bribery.”

“It is true that the vast majority of academics reject this theory, but that doesn’t mean this is a frivolous or moronic interpretation,” said Jonathan Turley, a George Washington University law professor who testified as a Republican-called witness during the House Judiciary Committee’s impeachment proceedings.

“I think after Monday his arguments became increasingly untethered,” Turley added. “I think he did on occasion allow his rhetoric to outrun his reasoning.”

Turley’s assertion that a “majority” of academics don’t believe that presidents have to have violated statutes — “high crimes and misdemeanors” — could be due to the company he keeps, as he, like Dershowitz, is a liberal. Other scholars believe the language of the Constitution, the language approved by our founders, means what it says, since anything less would indicate a president can be removed for purely political reasons.

As for Dershowitz, he can at least proceed with a clear conscience.

“What happened since 1998 is that I studied more, did more research, read more documents, and, like any academic, altered my views,” Dershowitz said during the trial. 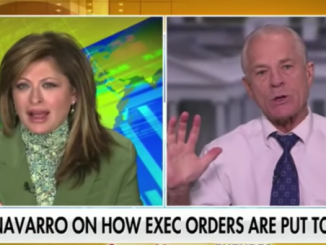 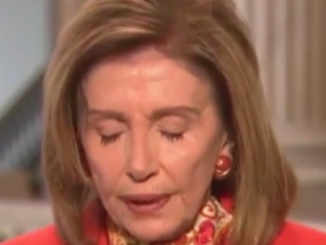 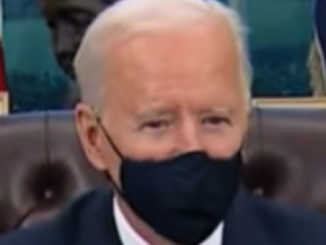 Magic! After Biden Inauguration, Coronavirus Cases Plummet 45% During Middle Of Flu Season…How can this be?

Watch: BLM-ANTIFA Rioters Chant ‘Burn It Down’ During March Through Streets Of Washington, DC