You just can’t make this stuff up…

(TNS) The Garbage Party has earned its moniker from us a thousand times over, but they earned it again Wednesday based on who they have chosen to help craft the House’s rules of impeachment against President Donald Trump.

Included in the gaggle of miscreants is Rep. Alcee Hastings of Florida (above, right), a former federal judge who himself was impeached and removed from the federal bench in 1998.

For bribery, no less.

"Hastings and William Borders, then a Washington, D.C. attorney, engaged in a corrupt conspiracy to obtain $150,000 from defendants in United States v. Romano, a case tried before Judge Hastings, in return for the imposition of sentences which would not require incarceration…"

Hello, Nancy Pelosi? Are you really that tone-deaf or just that arrogant?

But wait, as they say…there’s more to this Hastings saga.

The Treasury Department also paid out $220,000 in an undisclosed agreement in December 2017 to settle a lawsuit alleging sexual harassment against Hastings, Roll Call reported.

Hastings also appears to be presently under investigation.

In November it was announced that the House Ethics Committee began an investigation into whether his relationship with a female staffer, Patricia Williams, violated House rules forbidding members from having sexual relationships with their subordinates.

That seems like a slam-dunk but hey, Hastings is now helping to craft rules of impeachment…against a president who has done nothing wrong…and certainly not bribery, which is what he’s being charged with.

NO JOKE: Rep. Raskin just jumped in and thanked Hastings:

"I’m moved for your statements and also by your work for democracy and for freedom and anti-corruption…" pic.twitter.com/fquWACt9U3

Can’t make this stuff up.

Portions of this article originally appeared at The National Sentinel and was republished with permission. 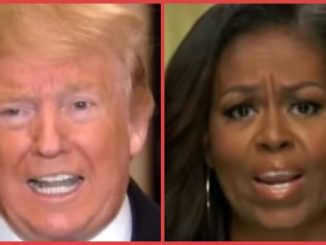 SMACKDOWN: President Trump Destroys Michelle Obama In Only The Way He Can And It’s Vicious 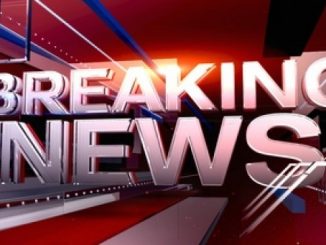 BREAKING: Here Are The 8 RINO Congressmen Who Voted To Ban Private Gun Sales- EXPOSE & REMOVE Them At Once