By Leisa Audette at 100 Percent FED Up

Joe Biden passed the buck to Vice President Kamala Harris today when he announced that she’d be taking over to fix the border invasion. This comes after Harris laughed when asked when she was going to the border.

At the end of the announcement, Biden looked down and mumbled, “Now, we’ll get down to business here.”…and then he said to someone out of camera range, “Ron, who am I turning this over to?”

Ron announced that it was time for the press to leave, but reporters still asked Biden questions while he just stared blankly at them.

Does this man look like he’s in charge of anything?

It is frightening that there is a puppet-like Biden in the White House. Comments on the video are overwhelmingly about how Biden is just not there.

Earlier, during the announcement, a cowardly Biden blamed the border problems on Trump. Meanwhile, it was Trump who initiated the drive for increased border security and a stop to illegal immigration. In the video, Biden also criticizes the last administration’s “draconian policies separating children from their parents”, when there are now serious problems surrounding human traffickers bringing kidnapped children with them across the border and being housed with them by the current administration.

It seems Biden is again forgetting his call for immigrants to “surge the border”. There continues to be a lack of responsibility taken for his actions as he attempts to place blame on an administration that fought to avoid this exact crisis.

Greg Gutfeld: Something Has Got To Be Done About Adam Schiff [VIDEO]

Watch As Chelsea Clinton Strikes Again And Attacks White People, “I Want ‘White Children Of Privilege’ To ‘Erode That Privilege’ Over Time”- Gets Destroyed By D’Souza

NYPD: If Everything Is ‘Racism’, Where Is The Outrage That This Attempted Murderer Walked Free? 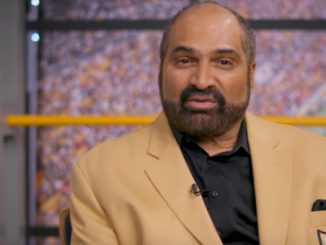 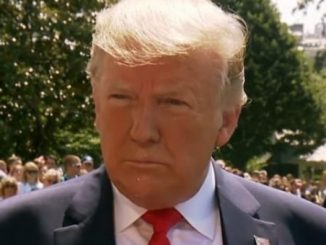 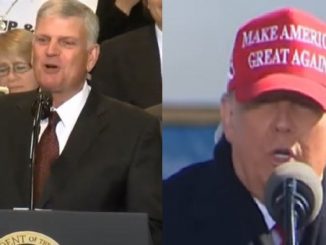